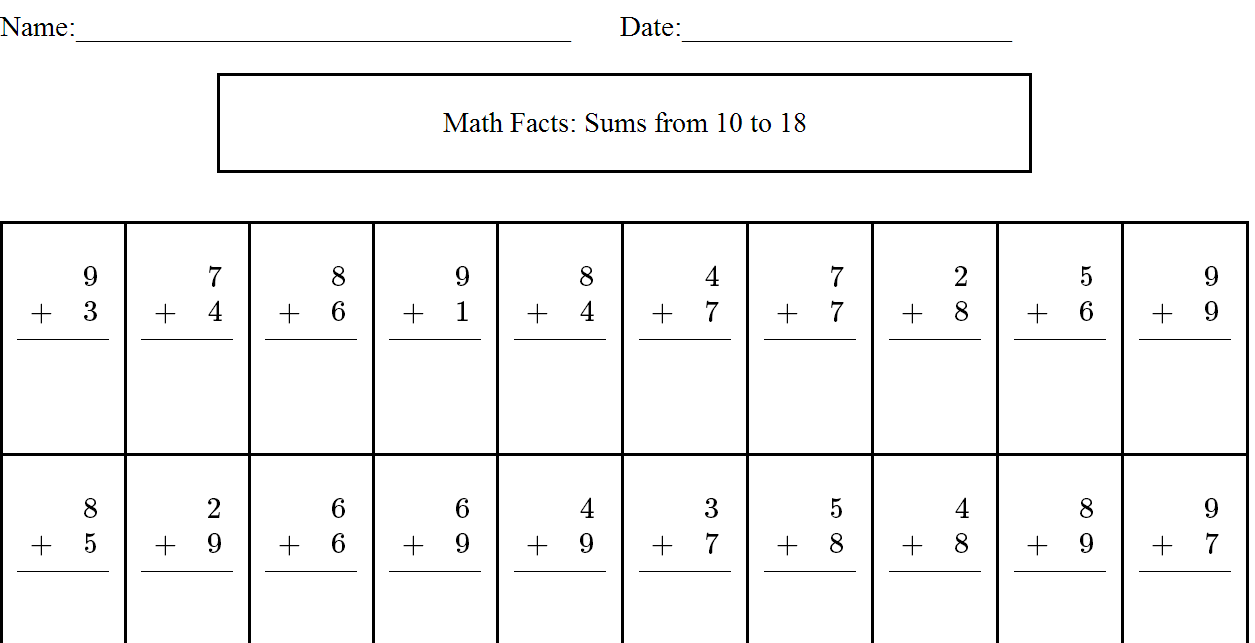 My oldest son is currently in first grade. In his class, the students need to complete a test with fifty math facts in two and a half minutes. His school provided a few practice tests, but after a few practices with the same tests, he started to learn the specific problems on those tests. So I decided to make a test generator that would shuffle all of the math facts in a given range.

I’ve found a few other test generators available on other sites. However, I wanted to generate tests that look like the ones he takes in school, so that he can practice not only the math facts, but also the format. At this age, writing the numbers legibly and quickly is often as much of a challenge as knowing the correct answer.

The code for this site is open source, available on Github. I didn’t want to pay for any server-side hosting, so I decided to use Dart to create most of the code for the site. I had not used Dart for any projects before, but I was pleasantly surprised by the experience. The language was easy to learn and the tools for test driven design and debugging are useful. The JavaScript output that is deployed seems to execute without problems on all modern browsers that I have tried.

The math facts themselves are formatted by MathJax. I’ve used MathJax on this site and others. It is a wonderful bit of software that does one thing and does it very well.

Since I’m not much of an HTML designer at all, I used Bootstrap for the site layout and styling. The template for the site is one of the simple Bootstrap examples with only some minor adjustments.

As my son grows and moves to different math facts (differences, products, and quotients), I hope to add more practice test generators to the site. If you find the site useful, please let me know! It has already been helpful for us.